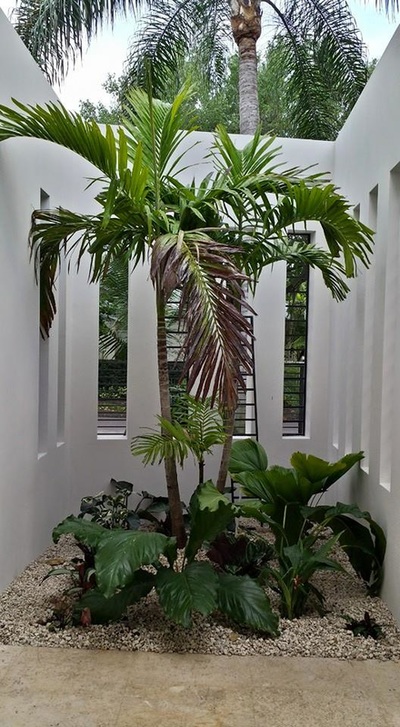 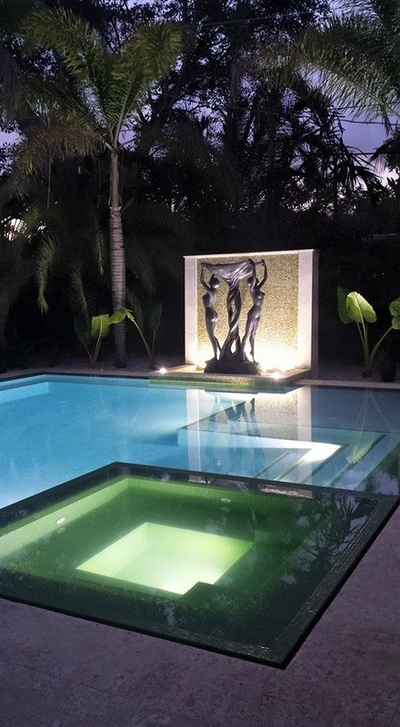 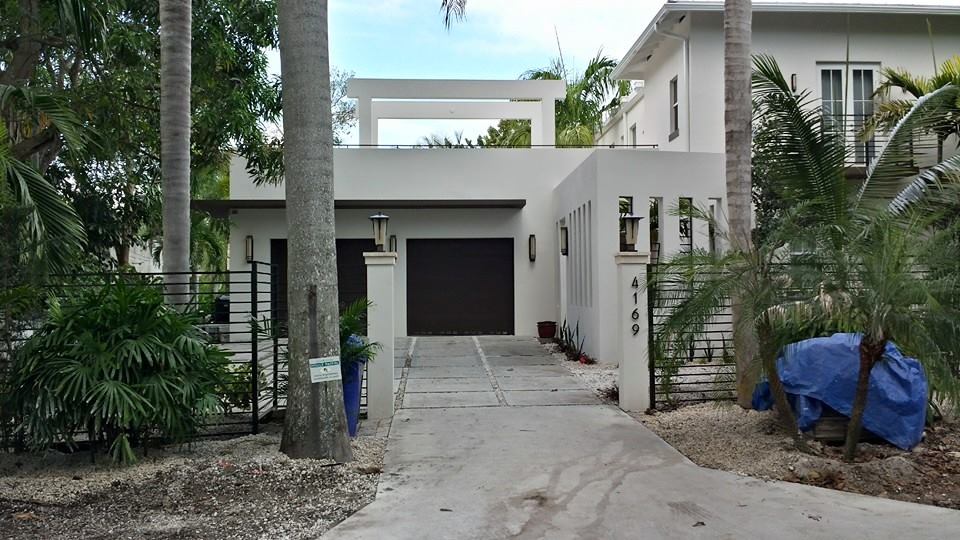 The transformation when you have the ability to purchase the lot next door:

INTRODUCTION
This two-level Coconut Grove Addition to an existing residence was designed to mediate between specific client requests and Miami 21’s NCD-3 overlay in which the project is cited. The main Concepts for the home where design by both the homeowner and Architect, who utilized and adjacent vacant lot to expand the existing home. The existing home is a prominent residence located within a heavily-landscaped neighborhood near Merrie Christmas Park.

The second main element of the Coconut Grove Addition is an 1,800 square-foot sundeck. This was designed to be accessible by each of the three (3) existing bedrooms of the home. A new and unusual concrete balcony was designed to cantilever from the existing structure.

The third concept for the Coconut Grove Addition is a large, two-SUV garage also featuring a custom-designed dog pen. Between the new garage and existing residence, an outdoor patio was created and covered by the new sundeck above. Atop the sundeck a redwood cedar trellis was built. The Coconut Grove Addition was designed with the premise that a in-law suite could be added above the garage portion in the future.

POOLS & PANORAMIC VIEW
The existing pool was converted into a deep fish pond while a new saltwater pool and jacuzzi were built. A large, new 15ft wide sliding glass door opening was created in the existing living room to afford panoramic views of the new pool and patio.